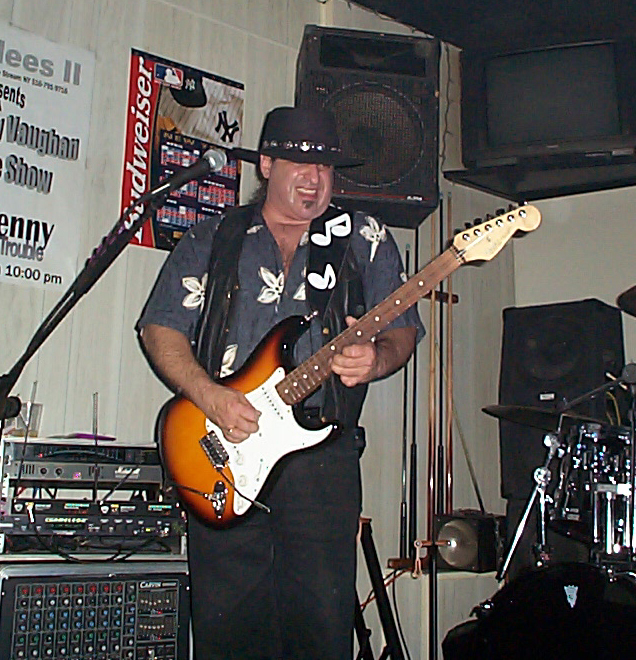 Denny,  who presently resides in Manorville,  made  his first musical stop in the year 1975  in Woodstock New York,  when he arrived there he didn’t have any money nor did he have a home but that didn’t stop him “the  music moves me emotionally and I was not about to give up” Denny said. “I played in restaurants for my food and I played on the streets for money.  “People who appreciated my music threw money into my guitar case”.  From there he returned home to live with his dad Al Denigris and began performing in his hometown of Brooklyn with longtime friend Joe Scioscia thrusting powerful bass lines giving Denny the confidence and canvas to lay down the most challenging guitar tracks even to this day. Playing in nightclubs for awhile they tried to extend their talents to Larger Venues nationwide.  From there Denny went  to Houston Texas where he formed the Jeff Denny Band he found success there from 1978 to 1981 then he decided to come back to New York where he played with Paul Micallef in a wedding band named Fantasia on Long Island for 7 years in 1990 Denny reunited with Scioscia on Long Island  and formed Life Force a progressive power trio  they searched high and low for a drummer  they found one Ken Eidinger. Life force was on its way to success with future plans for a record contract and the tour of the United States When after several years of hard work Edinger fell off the bandwagon and the band fell apart. Years later The Jeff Denny Band was formed once again re-uniting with Joe Scioscia “the best bass player in the world” and close friend of Denny continued to struggle against the tide always perusing music in 1991 under the management of Augie Bono they finished their first CD titled “Stolen Heart” available online today from Apple Music, Amazon, CD Baby and more.      Publishing his first powerful song with the help of Jules Radino “There’s A Crime” was released October 9, 2020 under the Frontier label from Blue Oyster Cult’s latest CD titled The Sign Remains. Denny stronger than ever performing his songs and recording new material can be viewed at

Be the change that you wish to see in the world.

The Jeff Denny Band , Hi-energy Rockin’ Blues with Steinberger Guitar endorsee Jeff Denny. His original Blues tunes and covers pay homage to Stevie Ray Vaughn, Eric Clapton, and the past masters of the blues scene. Denny’s music creates a stir wherever he goes. While performing at the National Association of Music Merchants convention in Nashville (with backing from famous session drummer Bernard Purdie) he caught the eye and ear of Henry Juskiewicz, CEO of Gibson Musical Instruments. It was not only Denny’s fiery and passionate, blistering guitar riffs, but also, his energetic stage presence that attracted a large crowd to hear him. Recognizing the magnetism, Steinberger Guitar Company, a highly technologically advanced line new to the Gibson family of instruments, elected to endorse Jeff Denny. To hear his expressive riffs, visit Jeff at www.thejeffdennyband.com 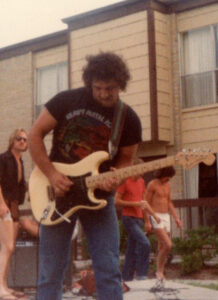